Menu
Please make sure your children come to school equipped for the weather!

Our Topic this term is:

We have really enjoyed researching our Groovy Greek topic and learning all about who they were, how their civilisation developed, the gods they worshipped, where and how they lived, what they ate, etc.

We read some Greek myths, learned how to write newspaper reports, then wrote a report about one of the Greek stories.  We also created some wanted posters & advertisements, then compiled all our work into a website to showcase our learning journey.  Please click on the picture to open the Olympus Gazette webpage. 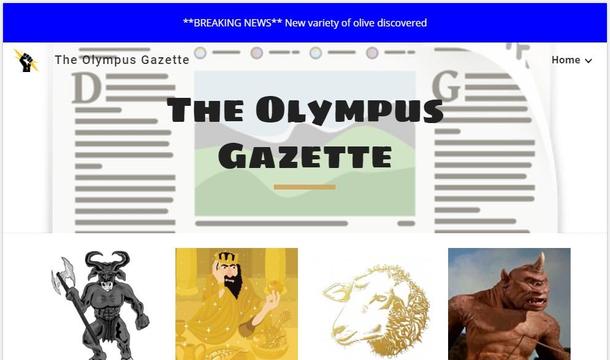 Our DT project was to design, plan & make some Ancient Greek sandals.  We worked with a partner to choose a simple design, think about the types of material that would be practical for life in Ancient Greece & plan the making process, before cutting and assembling our sandals.  We were really pleased with the end results.

Ancient Greek vases each told a story & were used as either household vases or funeral pots.  After researching & comparing the Ancient & Modern Day Olympics, we decided to design ancient style vases with a modern day Olympic theme, before creating them using sugar paper & chalk pastels.  Can you spot which sports are depicted on our vases?

Originating in Greek Mythology from a poem, composed around 700 BC by Hesiod, which tells of Pandora, whose curiosity could not stop her from opening her box (or pithos).  In doing so, she unleashed all the ills & evils into the world until she realised & closed the box, trapping 'hope' (often depicted as a dragonfly) inside.

Actors would have worn masks in Ancient Greek theatres to differentiate between characters and so the audience could clearly see their facial expressions.  The masks mostly depicted comedy or tragedy, depending on the main theme of the performance.  Here are some of the masks created by Year 5 pupils.

We collaborated to investigate the lives of three famous Greeks, before writing a biography of either Pythagoras, Alexander the Great or Aristotle.

We designed our front cover to depict something we already knew about the Ancient Greeks.

Most of us already knew the the Ancient Greeks worshipped many Gods & Goddesses but we didn't know much about any of them until we began our research.

We assembled a timeline representing the beginning and end of the Ancient Greek civilisation.

We were able to retell the 'Battle the Marathon' using words & pictures. 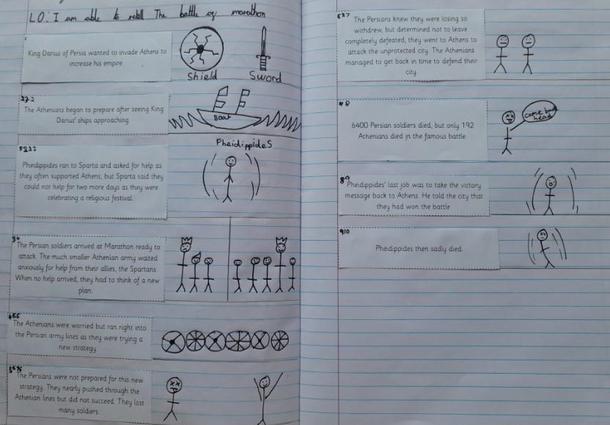 We researched Alexander the Great & learnt about his empire, then compared it with present day Greece. 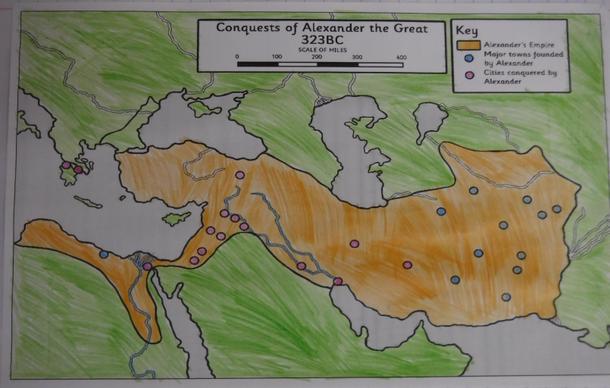 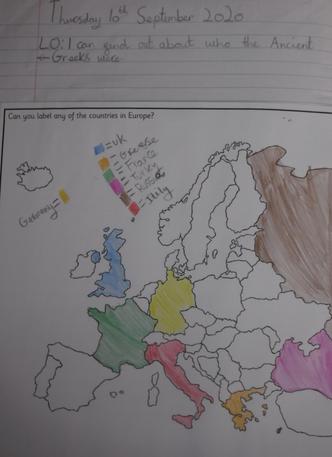 We compared & contrasted the differences & similarities between Athens & Sparta.

We knew the Olympics originated in Greece, so we researched & compared the Ancient Greek Olympics to our modern day Olympics.

Not only is Greece famous as the home of the Olympics, it is also famous for its cuisine.  We looked into the different types of food ingredients grown in Greece and typical Greek dishes, before creating a menu for an Ancient Greek restaurant.

Unfortunately not the ones with chocolate chips.

Some cookies are necessary in order to make this website function correctly. These are set by default and whilst you can block or delete them by changing your browser settings, some functionality such as being able to log in to the website will not work if you do this. The necessary cookies set on this website are as follows:

Cookies that are not necessary to make the website work, but which enable additional functionality, can also be set. By default these cookies are disabled, but you can choose to enable them below: